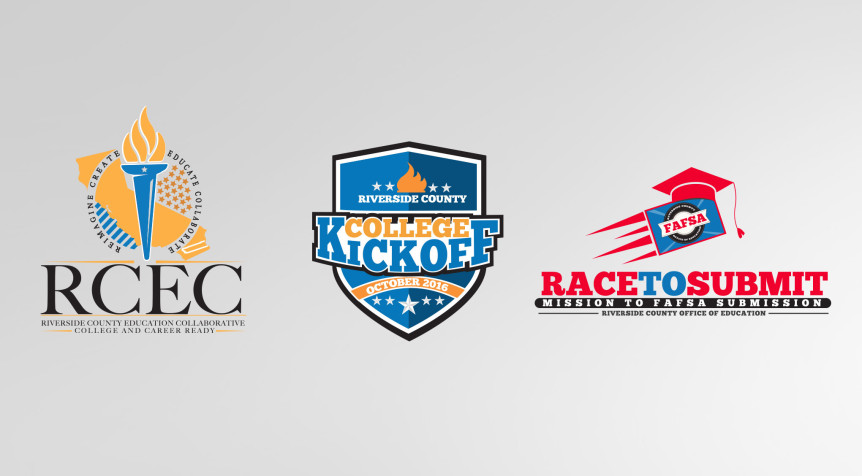 Launched in 2015, the “Race to Submit” and “College Kickoff” are two initiatives that the Riverside County Education Collaborative has initiated for local high schools to further develop a systemic focus on post-secondary attainment in Riverside County.

RIVERSIDE – College and career readiness efforts in Riverside County have received a $1.75 million boost of financial aid from the Bill & Melinda Gates Foundation that will expand equitable access and increase postsecondary opportunities for the 430,000 students in Riverside County’s public schools.

Awarded in September 2015, the grant will further the efforts of the Riverside County Education Collaborative (RCEC) that is committed to leveraging existing resources to quantifiably increase student access, readiness, and success in college.

“Thanks to the Bill & Melinda Gates Foundation, students in classrooms today throughout Riverside County, who might not otherwise recognize the importance of post-secondary education or know how to formulate a post-high school plan, will now see the light of opportunity that reveals a pathway to a brighter future,” said Riverside County Superintendent of Schools, Kenneth M. Young. “Through its collaborative, grassroots approach to increasing college and career readiness rates in the Inland Empire, the RCEC is now equipped to further impact the next generation workforce that will drive our region’s success throughout the 21st century.”

The grant will extend the impact that is already being seen in districts around Riverside County as a result of inter-agency collaboration and systems change brought about by the RCEC. The collaborative was prominently recognized in December 2014 by President Barack Obama at the White House Day of College Opportunity.

Other preliminary outcomes from the RCEC focus include increased access to Advanced Placement (AP) courses, along with more students enrolling in the college-readiness program, AVID (Advancement Via Individual Determination) Program. Additionally, multiple pilot programs are underway in the areas of curriculum alignment, dual enrollment, data sharing, and remediation prevention with Mt. San Jacinto Community College and the University of California, Riverside.

Multiple programs launched in 2015 by the Riverside County Office of Education have compelled district principals and counselors to proactively incorporate best practices from the 23 school districts in the county to embrace college and career readiness via competitive financial aid application campaigns (Race to Submit) and the development of a college culture on school campuses (College Kickoff 2015).

As RCEC gains momentum in Riverside County’s public schools, private and public funders are expressing interest in supporting scale-up and acceleration efforts related to post-secondary education. Earlier in 2015, the California College Guidance Initiative (CCGI) was awarded $1.2 million by the State of California and AT&T to expand efforts to systematically improve college readiness and success among under-represented students in Riverside County—a similar focus to the goals of the RCEC.

The need for increased focus on post-secondary education is evidenced by a 2015 Report by The Lumina Foundation that identified the Riverside-San Bernardino-Ontario area of California’s Inland Empire as #97 of 100 in the rankings of regions with the lowest percentage of residents (ages 25-64) with any type of college degree amongst the most-populated metropolitan suburban areas in the United States. Of the 4.4 million residents, only 27.5% have attained at least an associate’s degree.

About the Riverside County Office of Education (RCOE)
The Riverside County Office of Education (RCOE) is a service agency supporting the county’s 23 school districts that serve 430,000 students—more than the student population of 17 states. RCOE services include administrative support to districts, programs for preschool, special education, pregnant minor, correctional, migrant and vocational students. In addition, the organization provides professional training, support and resources for more than 18,000 teachers, administrators and staff throughout the 7,000 square miles of Riverside County. Learn more at www.rcoe.us.

About the Riverside County Education Collaborative (RCEC)
RCEC is a grassroots movement in southern California with diverse cross-sector leadership throughout Riverside County. The RCEC formed in July 2014 in response to participation in a working session at the U.S. Department of Education. Representing members from area school districts, higher education, city/county officials, and private industry, RCEC collectively commits to the following goals geared to increase postsecondary access and attainment in our community through the 2019 school year: Increase percentage of students applying to three or more colleges by 60%, increase percentage of FAFSA completions from 52.3% to 93% through school years 2018-2019, increase the percentage of students enrolling in postsecondary education from 52% to 65%, and decreasing students needing remediation upon entering college, from 2.6% to 20%.